Esta Suma gave us an insight to her Design & Deliver journey and made a short film with other participants.

“I Joined design and Deliver in 2014, where I shadowed Leeds West Indian Carnival Programme Director, Susan Pitter during the first Pop Up Carnivals that happened around the UK. I have since been given the opportunity to work with BBC Radio Leeds and Look North, helping them with interviews and content for  broadcast around the Carnival weekend.” 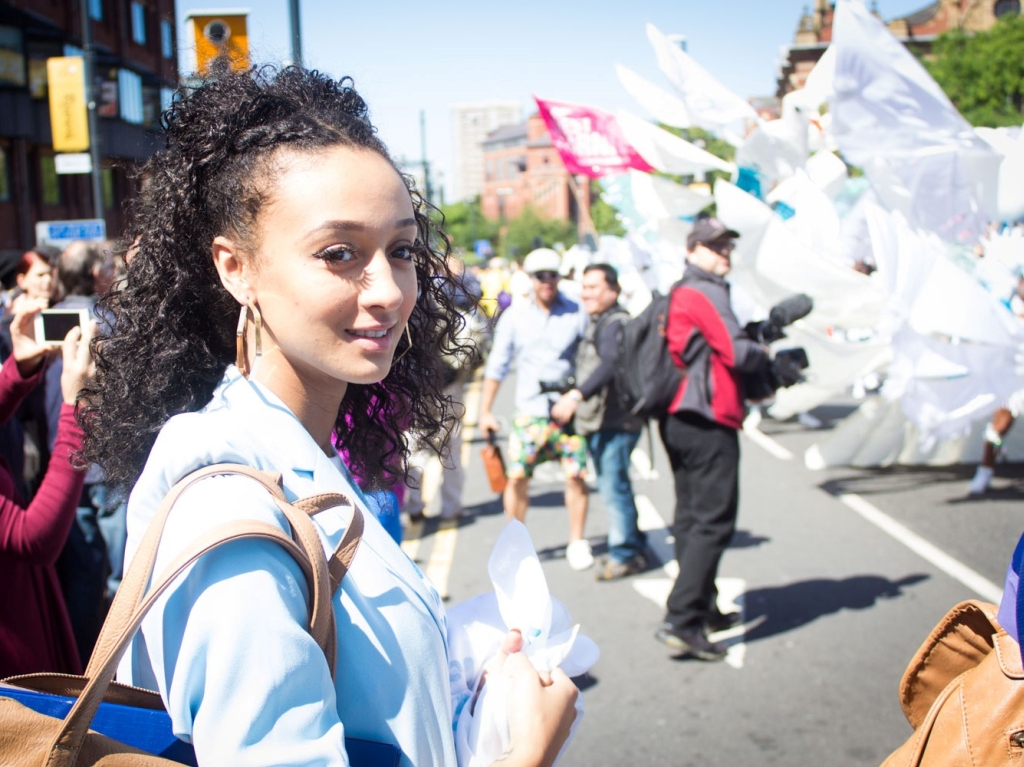 Esta joined Design & Deliver for the first Pop Up Carnival at the Grand Depart of the 2014 Tour de France. Photo: UK Soca Scene

“For Design and Deliver 2018 I filmed the Pop Up Carnival which happened in Masham at Stage 4 of the Tour de Yorkshire. This was a great experience, as I had the freedom to plan and film it the way I wanted to, and the footage came out just how I wanted it to.” 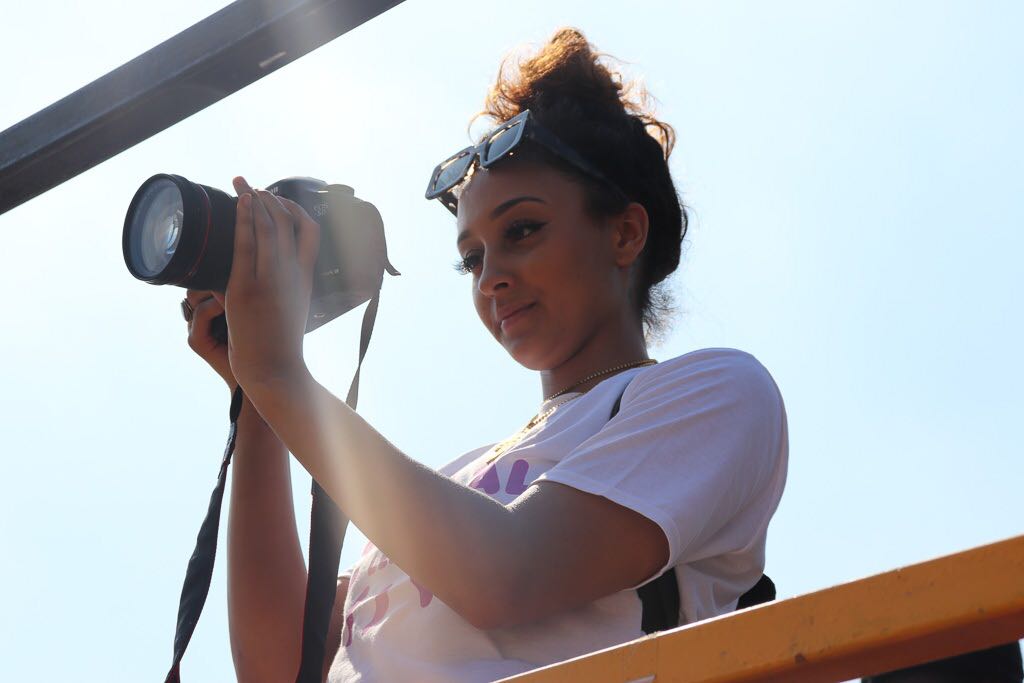 “I’m really proud of the film that I have directed and produced – it has been a pleasure! It was great to catch up with the people that started Design and Deliver when I started as we have all gone in different directions and made careers out of it. Take a look and see what you think.”

“Design & Deliver has provided a platform for everyone in the film to gain confidence within their aspired career as well as connect with key people within the carnival, media and other sectors.

We are all grateful for what Design and Deliver has done for us as without it, we may not be in the positions we’re in now.   I hope that in the future Leeds West Indian Carnival will engage more people through social media, inspiring more to get involved as I believe the younger generation could give vital ideas that could encourage more people to be a part of Leeds Carnival in the future.”